The weather remains cold and unsettled, with further snow due over the next few days, mostly across the northern half of the Alps (i.e. the French Alps roughly north of Grenoble, most of the Swiss Alps, except for Ticino, and the south of the Engadin and most of Austria except for Carinthia and Osttirol).

These regions can expect another 20-50cm of snow over the next three or four days, with 70cm+ in a few favoured spots such as the north-eastern Swiss Alps (e.g. Flumserberg) and the Vorarlberg (e.g. Lech).

The southern Alps – i.e. most of Italy, the southern French Alps (e.g Risoul) and the southern Austrian Alps (e.g. Nassfeld) – will see little if any snow, although it will be cold everywhere...

Saturday will be cold (freezing at all skiing levels) in the Austrian Alps, with occasional snow showers in the north. The southern Austrian Alps (Carinthia, Osttirol) will be mostly dry with sunny spells.

Sunday will be very similar with further snow showers to all levels, mostly in the northern Austrian Alps.

On Monday some heavier and more persistent snow is likely, again mostly in the north with just a few showers in the south. It will remain cold with a rain/snow limit close to 500m. 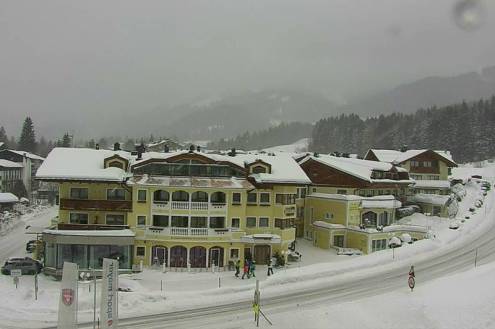 After a spell of snow for the northern two/thirds of the Alps on Friday night, Saturday will remain mostly cloudy in the French Alps, with flurries (to all skiing levels) dying away later. The further south you are, the more likely you are to see some sunny spells.

Sunday should see plenty of fine weather, though it will still be cold and some clouds may be present across parts of the northern Alps. Further south, unbroken sunshine is quite likely in resorts such as Risoul and Isola 2000.

On Monday a band of snow showers will drift south across the Alps, again mostly affecting the north, but probably not amounting to more than a few centimetres. The far south should see plenty of sunshine, but it will remain on the cold side. 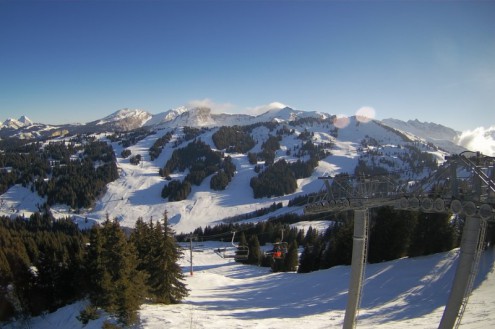 Saturday will be cold but mostly dry in the Italian Alps, but some snow showers are likely close to the border areas, especially in the north-west (e.g. Courmayeur).

It will remain chilly on Sunday but with good sunny spells just about everywhere.

Monday will be rather mixed with some sunny spells, but with increasing cloud cover and a few showers (snow 500-700m) drifting across the border from the north. 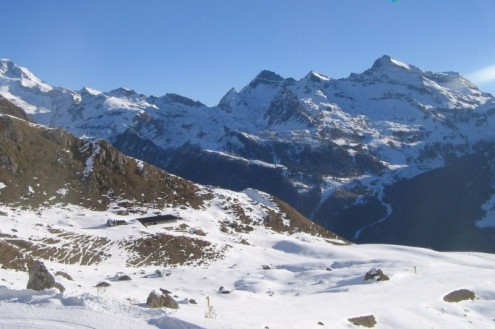 Saturday will be cold with snow showers in the Swiss Alps, heaviest in the north and west (e.g. Engelberg, Mürren, Portes du Soleil) though these may ease later. The further south you are (e.g. St Moritz), the lighter any snow will be and the more chance you have of seeing the sun.

Sunday will see fewer snow flurries which will be increasingly concentrated in the north-east (e.g. Flumserberg). The south should be mostly sunny but it will remain cold.

On Monday a new band of snow showers will move through from the north, with a rain/snow limit between 500m and 700m. 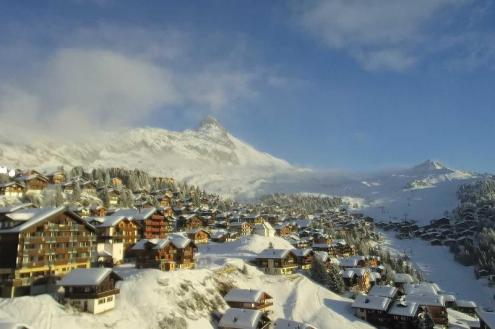 Masses of fresh snow and clear blue skies this afternoon in the eastern Swiss Alps. This is Biel-Kinzigag – 15 December 2017 – Photo: biel-kinzigag.ch

Some snow is still likely across the northern and eastern Austrian Alps on Tuesday otherwise most regions will be fine and a little milder.

Mid-week should then be mostly fine and quite mild before further snow affects the northern Alps again towards the end of the week.

Our next detailed snow forecast will be on Tuesday 19 December 2017, but see Today in the Alps for daily updates