A weak weather front is approaching the western Alps this evening but will only deliver a few cm of snow at best to some parts of the northern French Alps (notably the western foothills), as well as the far west of Switzerland.

Wednesday will be another mostly fine and relatively cold day, but the weather will change on Thursday with the arrival of a warm front from the west. This front will bring milder conditions and some rain or snow to the northern and western Alps on Thursday and Friday, but it is not expected to be particularly active. Many southern and eastern parts of the Alps will stay dry.

At present, it does look like the northern and western Alps will again be the most favoured, but we are not ruling out the southern Alps getting a decent look in as well!

Wednesday will be mostly sunny in the Austrian Alps, but still cold with freezing levels around or below 500m.

Thursday will remain dry for most but cloud will increase in the west, with some showers in the far west (e.g. Lech) later. The rain/snow limit will start low but will rise to 1200m as the day goes on. Snowfall totals are expected to be modest.

Friday will be mostly cloudy with some showers across the northern Austrian Alps (snow 1400-1700m) but drier and sunnier in the south. It will feel much milder everywhere. 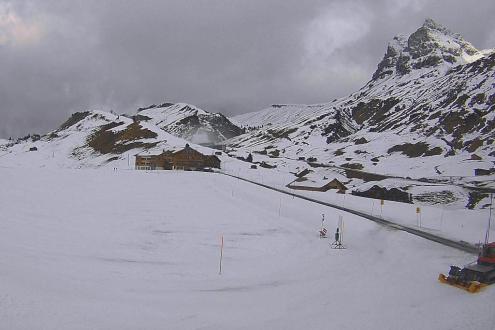 Wednesday will see any early cloud or flurries quickly clear to leave a mostly sunny but still rather cold day with freezing levels generally below 1000m.

Thursday will be much milder with occasional rain or snow, mostly in the northern half of the French Alps. The rain/snow limit may start quite low in some enclosed valleys but will reach 1600-1900m in most places later. The far south will stay dry and bright. 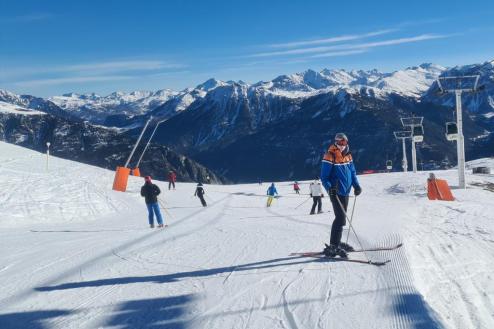 Wednesday will be mostly sunny in the Italian Alps after any early clouds clear from the far north-west. It will still be cold though with freezing levels well below 1000m.

Thursday will see more in the way of cloud, especially in the north-west (e.g. Aosta), with some showers and arain/snow limit rising from 600m to 1400-1600m later. The southern Piedmont (e.g. Sestriere) as well as most of the central and eastern Italian Alps (e.g. Livigno, Selva) should stay mostly dry.

Friday will be mild and mostly dry with variable cloud in the north-west (e.g. Aosta) but good sunny spells elsewhere. Freezing levels will be between 2000m and 2600m.

Wednesday will be mostly sunny in the Swiss Alps after any early cloud in the west breaks up, but it will be cold with freezing levels still well below 1000m.

Thursday will be cloudier with occasional rain/snow, mostly in the north and west while the far south (i.e Ticino) stays dry and bright. The rain/snow level will start low, and remain low for a while in some internal valleys, but will rise to 1800m or so in most places later in the day.

Friday will be mild with a few showers across the northern Alps (snow 1600-1800m) but many places will stay dry with variable cloud and the best of any sunshine in the south.

The weekend will be rather unsettled in the southern and western Alps, with showers (snow 1200-1700m), but will be drier and brighter in the north-eastern Alps (i.e. Austria).

Our next detailed snow forecast will be on Friday 16 February 2018, but see Today in the Alps for daily updates