This afternoon the last of the snow showers are dying away from the far eastern Alps.

All areas will then enjoy an extended period of fine and settled weather, thanks to a huge area of high pressure that is forming over the Alps. High pressure usually means lots of sunshine in the mountains, but it can also lead to some areas of low cloud/fog trapped in the valleys, under temperature inversions.

It will also become very mild for the time of year, especially at altitude, with freezing levels reaching 3000m or more in the western Alps later in the week.

Wednesday will see a little cloud in the north-eastern Austrian Alps. Elsewhere there will be virtually unbroken sunshine with freezing levels reaching 1800m or so in the western Austrian Alps, but closer to 1300m in the east.

Thursday and Friday will be largely sunny with freezing levels between 1500m in the east and 2500m in the west.

Wednesday, Thursday and Friday will be mostly sunny in the French Alps, but watch out for some cloud/fog trapped in some of the lower valleys, especially close to the western foothills.

It will feel mild at altitude, with freezing levels gradually creeping up towards 3000m by the end of the week. 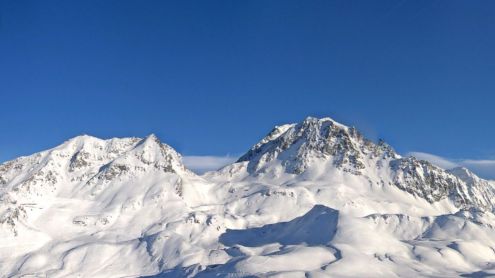 Lots of sunshine expected in the Alps over the next few days. This is the Aiguille Rouge (left) and Mont Pourri (right), viewed from Les Arcs – 12 February 2019 – Photo: lesarcs.com

Wednesday, Thursday and Friday will be mostly sunny in the Italian Alps. It will be increasingly mild with freezing levels close to 3000m later in the week in the western Italian Alps, but always a little lower further east.

Wednesday, Thursday and Friday will be mostly sunny in the Swiss Alps, with just a little ‘nuisance value’ low level cloud/fog close to the northern foothills.

It will feel increasingly mild at altitude with freezing levels approaching 3000m in the west later in the week. 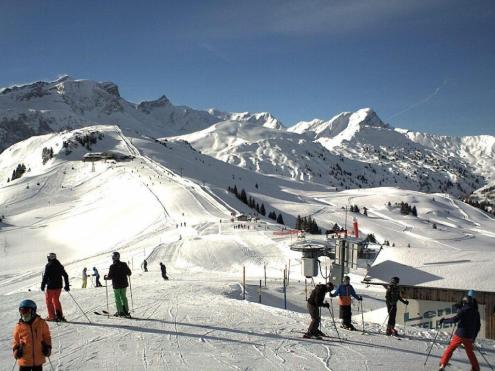 It will remain mostly fine over the weekend and into the first part of next week, with plenty of sunshine and just a little cloud here and there.

It will also continue to feel pleasantly mild, especially on slopes exposed to the sun.

Our next detailed snow forecast will be on Friday 15 February 2019, but see Today in the Alps for daily updates